A true team of entrepreneurs are behind the Rincker Simmentals seedstock cow-calf operation.

In the Rincker family, the motto is “If you want something done, find a way to do it yourself.”

The entire family has a list of entrepreneurial accomplishments pages long.

For example, mother Pam founded an agribusiness software company in 1981. Father Curt is the co-owner of Rincker Simmentals and a veteran agricultural educator. Their children Brent and Cari have founded their own businesses, including a cattle auction website and agriculture law practice.

Among the Rinckers, there is no shortage of vision and drive. They represent a new spin on the term “power couple.”

The Rinckers are the “power family.”

Today, with new challenges and changes in the agricultural industry — whether economic, societal or environmental in nature — more than ever, families such as the Rinckers are needed to take the challenges head-on and find and implement solutions.

Approaching challenges from various facets related to agriculture, Pam said, is what brings the family together as a team behind Rincker Simmentals.

“We travel this interesting path of where some of our passions are and how they intersect with agriculture,” Pam said. “What I like the most is that Rincker Simmentals is probably the glue and the common intersection that all of us in our family are engaged in and participate.”

Within the Rincker cattle business, everyone has a role to play.

Brent handled the Rincker Simmentals website until the operation partnered with Ranch House Designs in 2010. As he became busy with other work, Brent said having Ranch House manage the operation’s website was a welcomed change. Now, he can focus more on helping Curt make genetic decisions and his role as a full partner on the operation’s primary donor dams.

For Pam, her role is more to keep track of the finances and manage Rincker Simmentals’ online databases — skills she brings to the table from her decades of experience at her company, Software Solutions Integrated.

With her own expertise in law practice, Cari works with farmers, ranchers and agribusinesses out of her offices in Champaign, Illinois and New York City. She also co-manages several breeding females within the Rincker herd. 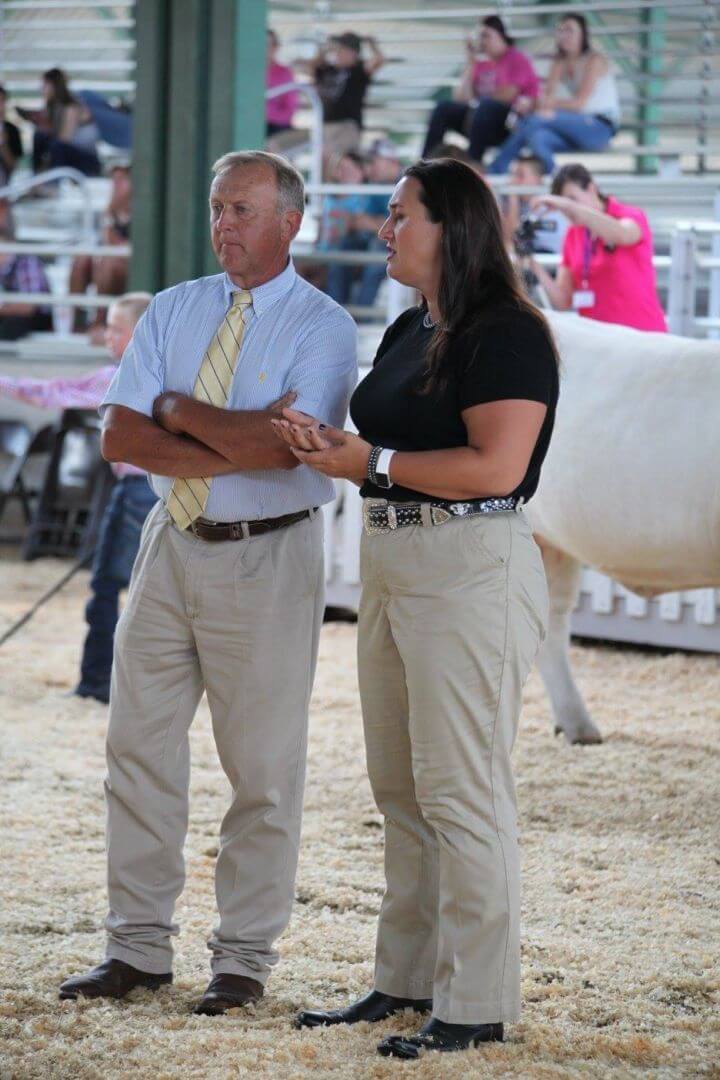 With his lifetime of experience with Angus and Simmental cattle, Curt focuses on the genetics and day-to-day management of the Simmental herd. He said he has taken a more active role in the operation since retiring in 2011 after 34 years of service as a high school agricultural teacher, livestock judge and Agriculture Division Chairman at Lake Land College in Mattoon, Illinois.

For Pam, it’s hard to remember a time when cattle weren’t a part of her and Curt’s life.

“It’s kind of hard to think about before and after because it has been a thread or a fabric in our lives practically the whole time. We’ve been married now for 42 years,” Pam said.

While Pam didn’t grow up with cattle, Curt was raised on an Angus ranch and participated in 4-H and FFA. In high school, he started artificially breeding cattle and became a certified technician with his father. Curt said he started working with the Simmental breed when they began crossing Simmental with Angus in the 1970s and saw great results with the first F1 crosses.

So naturally, when Pam and Curt married after graduating college, the couple purchased its first set of Simmentals and started the Rincker Simmentals farm in 1979 in East Central Illinois. The herd has grown since, particularly in the last 10 to 15 years, Curt said. 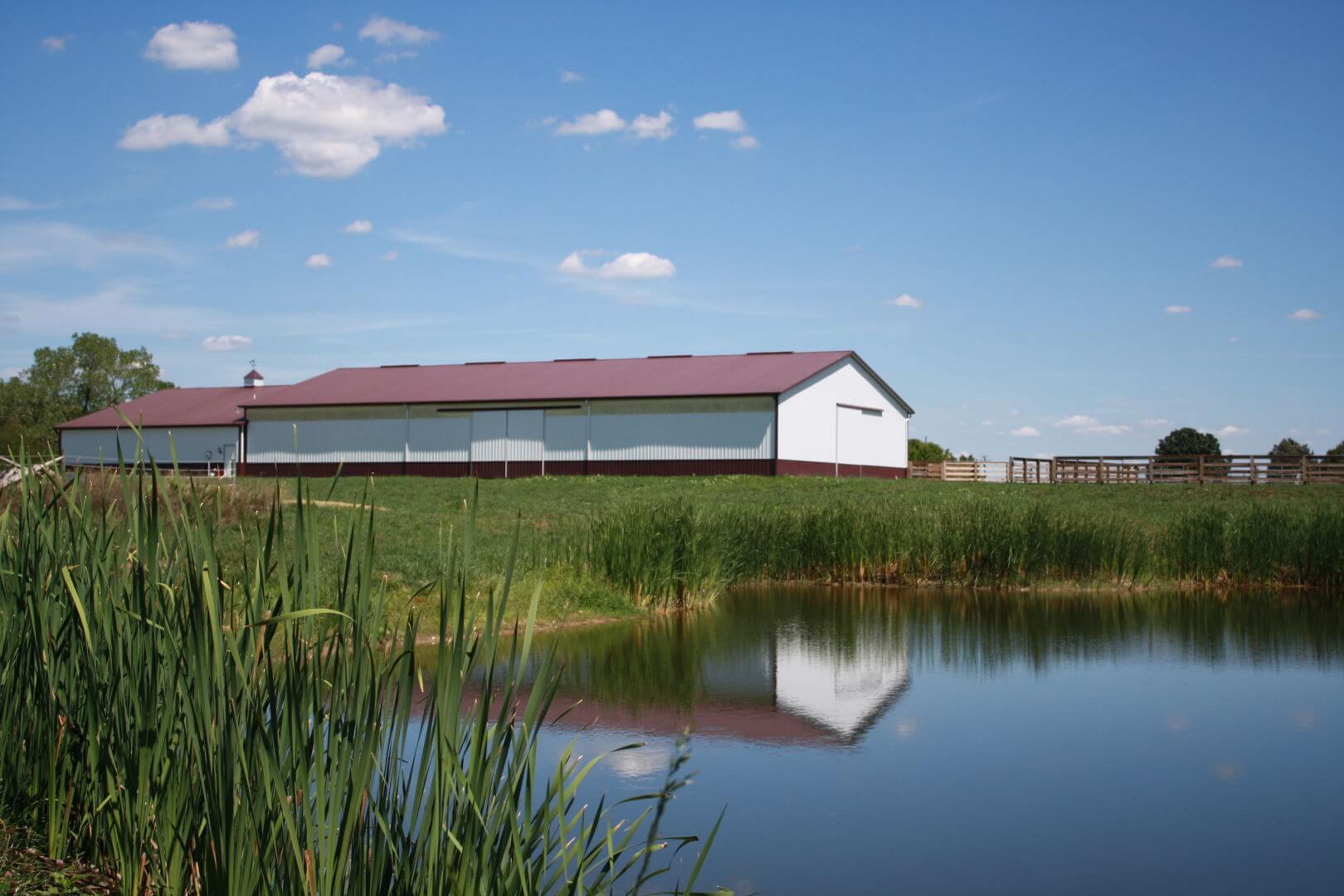 Overall, the goal of Rincker Simmentals is to serve the customer and stay current in breeding for the demands of both the show cattle and beef industries.

“I think it’s just the follow-up that we receive from our customers, and we really believe that their success is what we are trying to achieve,” Curt said. “If they can’t succeed, we know that we won’t.”

It’s about making as good of cattle as possible for Brent who helps Curt on the ranch when he can in the evenings and on weekends.

“I like the moment when you have somebody come and … they finally see your best one. That to me, that’s the moment that kind of makes it all worth it,” Brent said.

“I don’t think we can sit back on our laurels and assume that we sold, for example, ‘x’ amount of bulls successfully a year ago, that means that next year you’ll do the same,” Curt said.

Recently, the Rincker operation has seen its efforts pay off in breeding cattle that are in demand. Curt said the ranch has seen a steady increase in the number of attendees at the annual Illini Elite Sale and people are coming from across the country.

While the utilization of social media has contributed to the improved awareness and interest in the Rincker brand, Curt said working with Ranch House Designs to develop a marketing mix — website and logo design, plus ads and e-blasts — has overall, increased brand recognition for the operation.

“I would really credit Ranch House Designs on just a top-notch sale catalog for us that has really, I think, gained some attention out there to a lot of our customer base as well,” Curt said.

Brent and Pam agree that consolidating the marketing and advertising projects and choosing to work with one agency has been more efficient and productive for creating a cohesive brand message for Rincker Simmentals.

“One of best moves that we made was trying to have Ranch House do all of our stuff,” Brent said. “That way we get a consistency of our branding rather than trying to spread it out.”

“From website to redesigning our logos to the production of our catalog, all of it has a themed presence,” Pam said.

Today, Curt said it’s important to have professional, high-quality ads and marketing in the cattle business.

“The ads that Ranch House develops … are people’s imagery of Rincker Simmentals and our sale cattle. It’s really critical to have that piece out there and to have it as high-quality as we can possibly make it because it’s really what they see.”

Working as a Team

The whole Rincker family has played a role in getting Rincker Simmentals to its current place in the industry. Everyone has contributed his or her own expertise and time to reach the goal of producing the best cattle and supporting the cattle industry.

The family operates as a true team, Cari said.

What makes it worth all the effort?

“Passion makes it all worth it,” Curt said. “We really just enjoy the fact that people have the same passion and interest in Simmental cattle or high-quality cattle that we do.”

As a team, the Rinckers have many future plans for the cattle operation, including improving herd genetics, centralizing the marketing of bulls, and maintaining and adopting new practices in the pasture and grazing program.

If anything is certain in all their future endeavors, it’s that the Rinckers will find a way to do it themselves.