The fourth annual American Simmental Association (ASA) Fall Focus, held in Bismarck, ND, September 17-21, and with over 220 attendees, was the largest to date. The program featured an educational session where several industry professionals and scientists spoke about subjects focused around beef cattle breeding. The ASA Board of Trustees held meetings during the event, and attendees participated in interactive meetings and staff presentations. Among North Dakota dignitaries were Agriculture Commissioner Doug Goehring and North Dakota Governor Doug Burgum. The North Dakota Simmental Association (NDSA) co-hosted the event with the ASA.

The educational program included a number of speakers and covered topics ranging from the basics of animal breeding to an exploration of how genetic methods applied in the poultry industry can be applied to beef cattle breeding. ASA staff provided updates on ASA programs and Association operations. 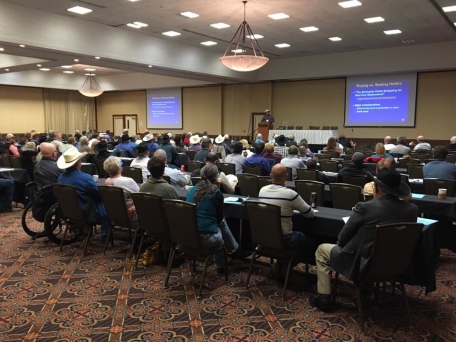 Claye Kaelberer serves on the ASA Board of Trustees, and with his family, owns Kaelberer Simmentals in New Salem, ND. Kaelberer received positive feedback from many of the producers in attendance. “Breeders were impressed by the amount of information they received, and by the balance of the speakers,” Kaelberer reflects.

Three new ASA programs were highlighted: the DNA Cow Herd Roundup, IGS Feeder Profit Calculator, and ASA Learning Library. These programs, like ASA, are focused on the commercial producer and relating the genetics seedstock breeders produce to the ultimate product that commercial cattlemen are producing. “It was really encouraging to get that crowd of commercial cattlemen together with seedstock producers,” Kaelberer explains. 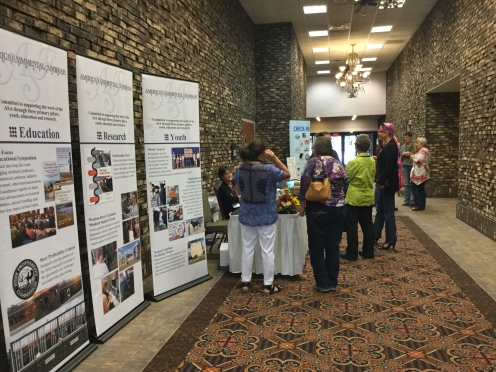 The event featured several displays from ASA, NDSA, and sponsors.

Erika Kenner of Kenner Ranch Simmentals, Leeds, ND,  also serves on the ASA Board of Trustees. “The commercial producer is greatly affected by the programs and direction of breed associations,” Kenner says. “Seedstock suppliers work hard on genetic improvement, and it’s important for the commercial producer to learn what is available and to have input on their needs.”

The 2018 Fall Focus will be held at the ASA National Headquarters in Bozeman, Montana, August 25-27. The event will be centered around ASA’s celebration of 50 years, an educational program, and interactive meetings.

Videos of the educational presentations can be viewed at www.fallfocus.org.